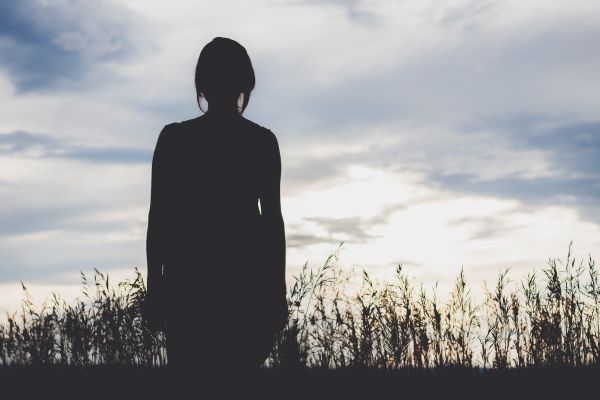 
When he was born, Cohoon was sickly and not expected to survive, so his parents put off naming him. When it became clear that he was going to live, they christened him "Donald" after his father. The incomplete birth certificate was tucked away and forgotten for five decades.

In the past, people like Cohoon with patchy birth records usually obtained Social Security cards, driver's licenses, marriage certificates and the like by presenting other documents, such as baptismal certificates. But with the rise of identity theft and terrorism, governmental agencies have become more insistent upon complete and accurate birth certificates. Without an amended birth certificate, Cohoon was ineligible for a passport.

In previous generations, it was more common for women to give birth at home rather than in a hospital, and the first names of babies were not always meticulously recorded.

Dick Eastman, author of Genealogical Computing and editor of Ancestry Magazine, wrote that his maternal grandmother gave birth to all 16 of her children at her home in northern Maine, 20 miles from the nearest hospital. Since his mother lacked a birth certificate with her first name, to obtain a Social Security card, she had to secure affidavits from several people who recalled her birth.

A woman named Dorothy Greene commented on one of Eastman's blogs that a co-worker who was born in 1935 used to talk about a fellow soldier who had "baby boy" on his birth certificate: "He wasn't allowed to change it until after basic [training] so the sergeant took great glee in calling him 'baby boy Smith' instead of his name the entire six weeks."

Like Cohoon, Robert K. Ehlers was an unnamed at-risk baby. When he was born premature, his parents put the incomplete birth certificate "on the back burner," he said, in the frantic effort just to keep him alive.

The issue of the incomplete paperwork didn't prevent Ehlers from getting a driver's license, serving 25 years as a Marine, or collecting retirement and Social Security benefits. But when he went to renew his driver's license in later years, he found that state regulations had been tightened and this time a birth certificate was required.

Ehlers, now 69, was able to update his birth certificate using a baptismal record, but since that document only had “K” as a middle initial, he couldn't get his full middle name, Kenneth, listed. He had been given that name in memory of an uncle killed in the Korean War. It seemed to him that something indefinable was lost when he was not allowed to put his entire name into his birth record.

Wiktionary defines a No-Name as "Lacking a recognizable name, identity, or reputation; not noteworthy." In the movie classic Breakfast at Tiffany's, Holly Golightly says bleakly, "I'm like cat here, a no-name slob. We belong to nobody, and nobody belongs to us. We don't even belong to each other."

Until it is taken from you, many of us give little thought to our names or identities. In a world where exhaustion is a status symbol, and what you do feels more important than who you are, how can we embrace the identity that God has given us.

The prophet Isaiah assured the people of Israel that the same God who created them also redeemed them, calling them by name, acknowledging them as his people, despite their many sins. He promised to be with them to protect them through times of trauma.

Another prophet, Hosea, had named two of the children his prostitute wife bore, "Not Pitied" and "Not My People." Yet the prophet also promises that the day would come when they would be called "Children of the Living God." (Hosea 1:6-10)

Questions: What words do you use to describe yourself? Do you see yourself the way others see you? When your view differs from those of others, how do you typically handle that disconnect? How would God describe you?

After Jesus rose from the dead, Mary Magdalene went to the tomb, but found it empty, whereupon she ran to tell Peter and the disciple Jesus loved, who came to investigate.

Upon returning she was greeted by angels announcing the Lord's resurrection. When she turned around and saw Jesus, she assumed he was the gardener, until he spoke her name. Then she knew it was the Lord!

Questions: What does it mean to you that Jesus knows your name and speaks to you as an individual as well as to his people collectively? When Jesus calls us out, where is he calling us to go?

See what kind of love the Father has given to us, that we should be called children of God; and so we are. The reason why the world does not know us is that it did not know him. Beloved, we are God's children now, and what we will be has not yet appeared; but we know that when he appears we shall be like him, because we shall see him as he is. And everyone who thus hopes in him purifies himself as he is pure.

O God, you made us in your own image and redeemed us
through Jesus your Son: Look with compassion on the whole
human family; take away the arrogance and hatred which
infect our hearts; break down the walls that separate us;
unite us in bonds of love; and work through our struggle and
confusion to accomplish your purposes on earth; that, in
your good time, all nations and races may serve you in
harmony around your heavenly throne; through Jesus Christ
our Lord. Amen.