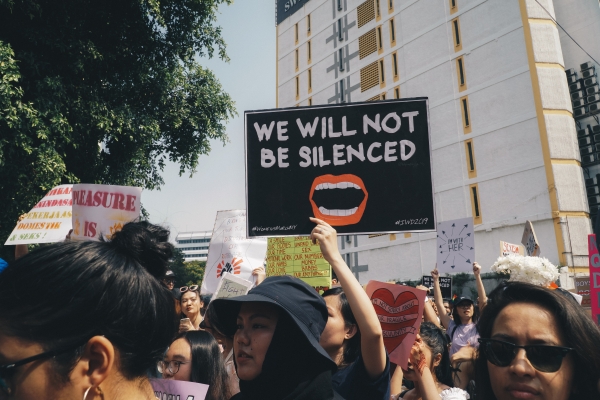 The Rise and Shine discussion group meets Sunday mornings at 9:00 am in the Parlor. Adults from the 8:00 & 10:00 services gather for discussions that are relevant to their lives through the lens of a current topic and scriptural references. This week's discussion outline can be read or downloaded below.


A Letter from Bishop Thomas Breidenthal

I communicated with you briefly after the Dayton shootings. I would like to reflect a little more now.

We are in a highly charged time, in which our first obligation as followers of Christ is to maintain community across division. Many of the congregations in Southern Ohio are a hard-won weekly gathering of people who disagree deeply on political issues. This is a precious spiritual achievement which should not be undervalued. We stick together because we have all known forgiveness and grace in Jesus. We don’t often talk about that, but this is the glue that holds us together. Forgiveness and grace is what we have in common, it is where our unity is rooted, and when we go there we often find a way to reframe our differences and find a better way forward.

But when society as a whole is experiencing serious division, as is the case in our country and the world today, it is all the more imperative that we claim the unity-in-difference that we usually take for granted. How do we do this in the face of the national debate over gun violence? To do this requires at least two things: (1) Being clear about how our views on gun legislation are related to our own faith convictions, and (2) talking these things through with one another with the very parishioners we disagree with most.

The challenge here is to risk conversation about what matters most deeply to us personally and why. It is often very hard for us to talk about our own lives. Yet this conversation is of utmost importance, because it is the only way to arrive at a collective witness— a witness that is from the ground up and leaves no voice out. I am calling on all our congregations and faith communities in Southern Ohio to seek out occasions for conversation about gun violence, and to relate that conversation to personal faith and experience about Christ.

Such conversation must be respectful and non-judgmental. We meet as people of faith and uncertain faith, seeking in community to discern God’s will. This is what it means to explore becoming beloved community. Our conversation at the local level, translated ultimately into conversation at the national level, is the only way to make our religion real. If we don’t talk with each other about real things, one-on-one, the church becomes inert.

Having said that, I want to say something about where I am coming from, both as a fellow conversation-partner and as a bishop hoping to initiate dialogue in our congregations. Wherever we are coming from politically, we must address the scourge of mass murder in our land. The root cause of these murderous outbreaks is ideological — and this goes all the way back to Columbine. Our social compact continues to be deeply marred by the notion that targeted segments of the human race must be done away with, and when society as a whole rejects such ideologies, tolerant society as a whole becomes the target.

I take this also to be a fundamental attack on who we are as Episcopalians. We are a faith community in service to Jesus Christ, and through that an agent of service to all communities of good will, as well as to those who have cut themselves off from such community. We are about genuine conversation with each other and with others, because we believe Jesus calls us to this.

What does this mean for us as a diocese in practical terms? For me, it comes down to one thing. We must start to talk about the issue of gun legislation among ourselves, relating what we have to say about that to our own faith. Nothing much will be gained from us as a faith community unless we do this work. If this conversation could happen between now and our diocesan convention in November, I would be grateful.

In the mean time, let all who have died in this violence find peace in the arms of God.

Some notes on Gun Violence:

According to a count done by TIME, there have been 8 mass shootings so far this year that fit this definition: a shooting in a public place in which at least 3 victims were killed.

The nonprofit Gun Violence Archive (GVA), which tracks every mass shooting in the country, counts 255 mass shootings across the United States so far this year. The GVA defines a mass shooting as any incident in which at least four people were shot, excluding the shooter.

The Violence Project, a nonpartisan think tank dedicated to reducing violence in society, spent two years studying the life histories of mass shooters in the United States who killed four or more people in a public space, going back to 1966, and they looked at every incident meeting that definition since 1999.

The researchers found four commonalities among the perpetrators:

1. The vast majority of mass shooters experienced early childhood trauma and exposure to violence. The trauma was often a precursor to such concerns as depression, anxiety, thought disorders or suicidal tendencies.

2. Practically every mass shooter had reached an identifiable crisis point in the weeks or months before the shooting, often with a specific grievance. Such crises were, in many cases, communicated to others through a marked change in behavior, expression of suicidal thoughts, or specific threats of violence.

3. Most of the shooters had studied the actions of other shooters and sought validation for their motives. Hence, mass shootings tend to come in clusters.

4. 80 percent of school shootings, perpetrators got their weapons from family members. Workplace shooters tended to use handguns they legally owned. Other public shooters were more likely to acquire weapons illegally.

Based on their findings, The Violence Project conclude that the following steps could help prevent future shooting:

Deprive potential shooters of the means to carry out their plans. This can include visible security measures at public gatherings, and better control of weapons through age restrictions, permit-to-purchase licensing, universal background checks, safe storage campaigns and red-flag laws.

Make it more difficult for potential perpetrators to find validation for their planned actions. Media can make efforts to deny perpetrators publicity. As a society, we can change how we consume, produce, and distribute violent content on media and social media.

As a society, be more proactive regarding people in crisis. Most mass shooters are suicidal, and their crises are often well known to others before the shooting occurs. People who sense something is wrong may fear overreaction, but schools, churches and employers can initiate conversations about mental health and establish systems for identifying individuals in crisis and report concerns.

Get good help for those who undergo traumas in early life. We can also decrease the stigma around mental illness, so sufferers do not hesitate to seek help.

We Have Studied Every Mass Shooting Since 1966. Here's What We've Learned About the Shooters.Los Angeles Times
62 People Have Been Killed in Mass Shootings in 2019 Alone. TIME
37 Years of Mass Shootings in the U.S. in One Chart. TIME
The Violence Project
Kyoto Animation Arson Killings Didn't Get Much Attention ...USA Today

O God, you have bound us together in a common life. Help us,
in the midst of our struggles for justice and truth, to confront
one another without hatred or bitterness, and to work
together with mutual forbearance and respect; through Jesus
Christ our Lord. Amen.