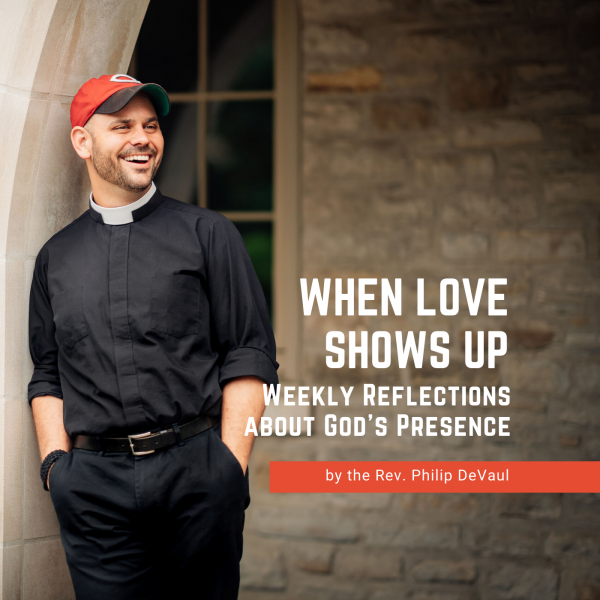 This blog is also available as a podcast

One of the best things about New Year’s resolutions is when you give up on them. I don’t mean when you miss a day, or start to slack: I mean when you just throw in the towel and say, ok this isn’t happening in 2023. 2024 will be my year.

I am ready to do that today.

You might remember in a previous blog I said that I was not going to try to be a better person this year. New Year Same Me, I said. That was essentially my New Year’s resolution: to be myself and not try to get better. But I keep wanting to try to be a better person anyway. I keep slacking and accidentally wanting to be less terrible. Friends, how do I win the fight against self-improvement? I think I’m throwing in the towel. I think I want to be better, whether I like it or not.

Each year, on or around Martin Luther King Jr. Day, I re-read King's Letter from Birmingham Jail. This is a letter he wrote while incarcerated for marching against racial segregation in Alabama in 1963. I read to be inspired and challenged of course – but also to be convicted. Let me explain.

Every time I read the Letter from Birmingham Jail, I am reminded that King’s letter was itself a response to a letter written by other clergy. They named their missive A Call for Unity – and in it they basically told King that in principle they agreed with him that segregation was bad, but that they didn’t like his method of seeking desegregation and justice because it was too discomfiting – it was too disrespectful to the status quo, and that it was too demanding. “Wait,” they wrote. “Let us handle this.” “Be patient.” “It’ll all work out in the courts.” Two Episcopal bishops were among the signees of that letter.

In King’s response he wrote these famous words:

“I must make two honest confessions to you, my Christian and Jewish brothers. First, I must confess that over the last few years I have been gravely disappointed with the white moderate. I have almost reached the regrettable conclusion that the Negro's great stumbling block in the stride toward freedom is not the White Citizens Councillor or the Ku Klux Klanner but the white moderate who is more devoted to order than to justice; who prefers a negative peace which is the absence of tension to a positive peace which is the presence of justice; who constantly says, "I agree with you in the goal you seek, but I can't agree with your methods of direct action"; who paternalistically feels that he can set the timetable for another man's freedom; who lives by the myth of time; and who constantly advises the Negro to wait until a "more convenient season." Shallow understanding from people of good will is more frustrating than absolute misunderstanding from people of ill will. Lukewarm acceptance is much more bewildering than outright rejection.”

I say convicted because I see so much of myself in the kind of nominal ally King describes. I see myself as the White moderate. I see myself as someone who so often has said, “Oh of course I want justice but not like that. Do it in a way that is comfortable to me.” Convicted because I realize very clearly that to take King seriously requires me to follow Jesus more closely. And to follow Jesus would require me, and would require our church, to make changes, to seek our own transformation and to accept and participate in that transformation in Jesus’ name.

Here is my dilemma: I believe in my bones - I am utterly convinced - that we need to internalize the unconditionality of God’s love. We have to understand that we literally do not need to be better people in order for God to love us. God loves us. As We Are. And we have to understand that any improvement we make does not actually make God love us more.

I believe that much of our desire for self-improvement is tied up in the conditioned mentality that we will be more loved if we act better, or that at least we’ll be more deserving of and therefore more entitled to love than we currently are. And that thinking is poison. Poison. It is destructive to our self-understanding, corrosive to our hearts and misrepresentative of our relationship with God.

So I do not want us to be obsessed with self-improvement. Because I believe it is often a symptom of our misunderstanding God’s love.

And at the same time, I am reminded and aware that we – that I - support and uphold a system in which people are measurably marginalized. I do not take radical action. I do not alter my life much at all. Sometimes I say semi-controversial things in a sermon or write some spicy words in a blog. Then I go about my business.

60 years after King’s letter was written, I see many of us as seeking the absence of tension rather than the presence of justice. I see us calling for unity in paternalistic and self-serving ways – ways that guard our own comfort at the expense of others’ livelihoods.

To recognize these areas where I am in need of transformation, and then to say I’m not going to change anything about myself this year because God loves me no matter what, isn’t spiritual maturity – it’s hardness of heart in Jesus’ name.

The point of saying this isn’t to make us feel bad. Shame is pointless and paralyzing. It helps nothing. The point is for us to change. We can do better. We can follow Jesus more closely. We must. For our own hearts and lives, for the hearts and lives of all our siblings, we must acknowledge room for growth and then seek that growth with all our strength and courage.

We do not need to change for God to love us. And also we have to change.

We have to seek transformation, conversion even: Converting our hearts so that they are centered on the love for which we were made. This love, which is the great gift of God, is not meant to render us facile and useless. The divine love of God that animates all humanity is meant to give us courage. Because it is courage that will turn us away from the mere absence of tension and empower us to work for the presence of justice.