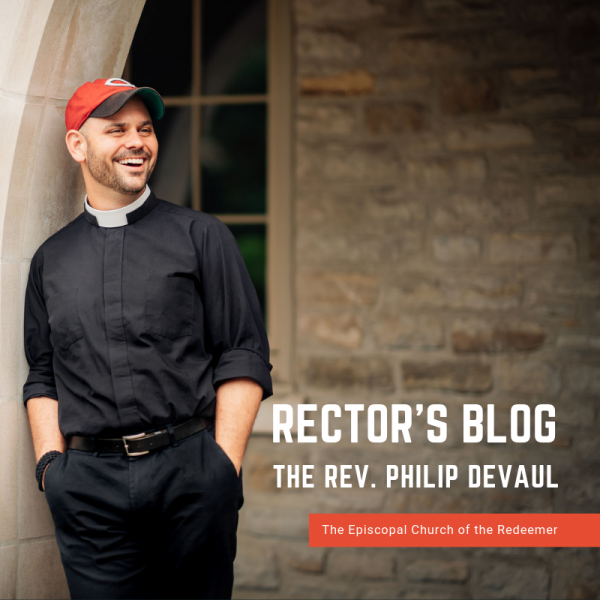 But right now, this week feels big enough. Too big even. Our country is reeling from three mass shootings – at least one of which was racially motivated. One of the shootings, a spree that lasted less than 30 seconds, but killed 10 and injured 27, happened less than an hour from my home. I know and care for one of the injured. I found myself walking through the zoo with my son on Wednesday and thinking to myself, “There’s never been a mass shooting at a zoo before… will it be today?” I began to scan my surroundings, looking for where I would scoop up my beautiful boy and run to when I heard the first shot. This is not normal for me. This is not the way I walk through the world.

A couple of days ago, our government waited until all the kids in Mississippi were back in school and then rounded up over 600 undocumented immigrants working in the state. Children came home from school and found empty houses – no parents, no explanations, and no sense of what’s next. Toddlers were left in daycare centers, their parents were spirited away, disappeared. This was not an emergency; it was not an action taken in haste to save lives or rescue us from a terrorist act: It was a carefully planned event. Calculated. Intentional. Undertaken by the agencies and people who serve and represent the United States of America, the country of my birth, the country I love and hope never to leave.

Being Christian this week begins with prayer. I know. To some it seems meaningless. You’ve heard Christians offer up the refrain, “Thoughts and prayers” as a kneejerk response to hate-filled actions and murderous violence, and then going about their business without any intention of changing anything. I’m sorry for this. I’m sorry for those of us who treat the word “prayer” like a throw pillow, tossed on an old shoddy couch in order to make it seem passable. It’s not passable. This week is not acceptable. You can dress it up with a thought and a prayer and it will still be seared into our national memory as a time of unspeakable pain and irrevocably traumatic actions. When we whisper a few words of remorse to our God, hoping to forget this week and get back to “normal”, that’s not prayer, it’s pablum. The evil of this present time will not be defeated by quaint maxims and shallow prayers.

Christians are not meant to use prayer to put a bow on something so we can get back to the status quo. Prayer is our exodus from the status quo and into the wilderness of faith – seeking God even in the lonely fearful here and now, choosing hope and belonging in the midst of our grief and uncertainty. Pastor and theologian Karl Barth once wrote, “To clasp the hands in prayer is the beginning of an uprising against the disorder of the world.” And indeed, this week the world seems fraught with disorder. And indeed, this world yearns for your uprising. Your love and your faith are not emotions or ideas – they are actions that are meant to help heal this world.

This morning in solitude I prayed, “God save us. Save the soul of this country. God, help those of us who believe in you to rise up in Love. God give us back our hope and empower us to work with you in the reconciliation of the world.”

Being Christian this week means taking our humanity, the beloved, belonging humanity God has given us in Jesus Christ, and giving our whole selves, our souls and bodies, to a world that needs to know the real power of Love.