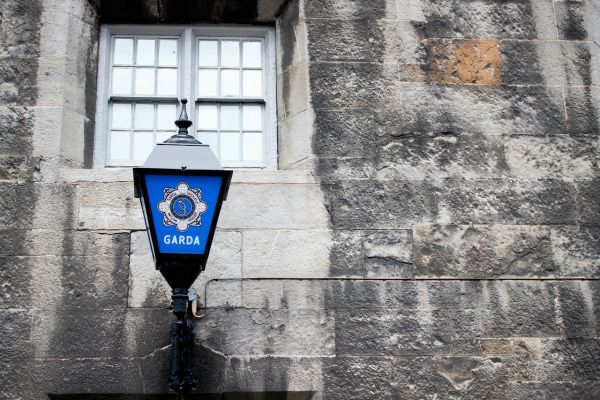 In Ireland, Blasphemy Investigation of Stephen Fry Launched, Then Dropped, Over Comments About God

Over the last week, Irish police opened and then dropped an investigation of English comedian and actor Stephen Fry under the blasphemy law, for remarks he made on TV in the Irish Republic in 2015 about God, in which he called the Almighty "capricious, mean-minded, stupid" and "utter maniac, totally selfish."

Fry, who says he is an atheist, appeared was interviewed on the show The Meaning of Life in February 2015. In the interview, Fry explained, "atheism is not just about not believing there's a god -- but, on the assumption there is one, what kind of god is it? It's perfectly apparent that he is monstrous, utterly monstrous, and deserves no respect whatsoever."

At one point Fry was asked, "Suppose it's all true, and you walk up to the pearly gates, and are confronted by God. What will Stephen Fry say ...? Fry responded, "Bone cancer in children; what's that about? How dare you? How dare you create a world where there is such misery that's not our fault? Why should I respect a ... God who creates a world that is so full of injustice and pain?"

Expanding his answer, Fry said, "the world is very splendid, but it also has in it insects whose whole life-cycle is to burrow into the eyes of children and make them blind. They eat outwards from the eyes." Fry said he would ask God, "Why did you do that? Why? Why did you do that to us? You could easily have made a creation where that didn't exist. It is simply not acceptable."

That segment of the interview was soon posted on YouTube, where, within days, it was viewed over five million times. Responses to the clip ranged from admiration to anger, with the head of Ireland's Presbyterian Church branding Fry as "spiritually blind." Fry later apologized for any offense he might have caused and said he wasn't referring to any specific religion. He explained that he was merely saying things that many better thinkers than he had said over the centuries.

Ireland is the only European country to have a blasphemy law on its books that was introduced in the current century. After initial inquiries, the police decided that not enough people were outraged by Fry's remarks to warrant proceeding.

Fry’s comments bring up an interesting dilemma for us as Christians. What would we say to someone if confronted with those kinds of questions? How can we believe in and trust a God that allows such suffering in the world?

These are words from Jesus on the cross, which are also a quote from Psalm 22:1. Some might say that these words are not complimentary toward God -- in fact, some might call them blasphemous. However, we can assume that they most accurately reflect how Jesus was feeling at the moment.

Questions: If you, Fry, or anyone else experiences feelings of extreme doubt are they committing blasphemy? What is the role of doubt in our faith?

Job 23:2-5
Today also my complaint is bitter; [God's] hand is heavy despite my groaning. Oh, that I knew where I might find him, that I might come even to his dwelling! I would lay my case before him, and fill my mouth with arguments. I would learn what he would answer me, and understand what he would say to me.(For context, read 23:1-17.)

Job 23 is part of a larger section including chapter 24 in which the suffering Job responds to his friends who are pressing him to repent of sins they believe he must have committed and for which, they assume, he is being punished. Job, however, maintains his innocence, but here he also laments that there is no place where he can put his case before God to receive a verdict of "Not guilty."

In other words, Job wants his hour with God and wants God to answer a question for him. And Job seems confident that if he could only get such an audience, he'd be acquitted.

But Job also recognizes the unlikelihood of God answering him. Job says of God, "If I go forward, he is not there; or backward, I cannot perceive him; on the left he hides, and I cannot behold him; I turn to the right, but I cannot see him" (vv. 8-9).

Questions: What questions do you have for God? Can you be at peace with God not answering?

Jeremiah 15:18 Why is my pain unceasing, my wound incurable, refusing to be healed? Truly, you are to me like a deceitful brook, like waters that fail. (For context, read 15:10-21.)

God doesn't seem to take offense at Jeremiah's comments, and concludes this conversation saying, "... for I am with you to save you and deliver you, …. I will deliver you out of the hand of the wicked, and redeem you from the grasp of the ruthless (vv. 20-21).

The book of Habakkuk is a sort of transcript of a conversation between the prophet and God.

Habakkuk apparently had been praying about the perverse situation in Judah for some time, but without receiving an answer. He wanted to know why his prayer has not been answered. And so he uttered the words above.

Questions:What can we learn from Habakkuk about conversing with God? How does our protestation differ from Habakkuk’s now that we know about Jesus, the cross, and God's personal experience of suffering through Jesus?

O God, by whom the meek are guided in judgment, and
light rises up in darkness for the godly: Grant us, in all
our doubts and uncertainties, the grace to ask what you
would have us to do, that the Spirit of wisdom may save
us from all false choices, and that in your light we may see
light, and in your straight path may not stumble; through