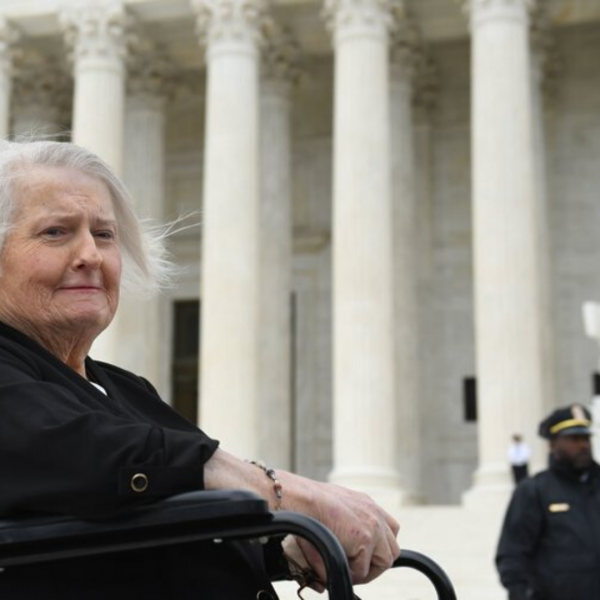 Matthew 11:16-19, 25-30:
Jesus said to the crowd, "To what will I compare this generation? It is like children sitting in the marketplaces and calling to one another,

At that time Jesus said, “I thank you, Father, Lord of heaven and earth, because you have hidden these things from the wise and the intelligent and have revealed them to infants; yes, Father, for such was your gracious will. All things have been handed over to me by my Father; and no one knows the Son except the Father, and no one knows the Father except the Son and anyone to whom the Son chooses to reveal him.


"Come to me, all you that are weary and are carrying heavy burdens, and I will give you rest. Take my yoke upon you, and learn from me; for I am gentle and humble in heart, and you will find rest for your souls. For my yoke is easy, and my burden is light."


In a historic decision, the U.S. Supreme Court ruled Monday that the 1964 Civil Rights Act protects gay, lesbian, and transgender employees from discrimination based on sex. The ruling was 6-3, with Justice Neil Gorsuch, President Trump's first appointee to the court, writing the majority opinion. The opinion was joined by Chief Justice John Roberts and the court's four liberal justices.


"Today," Gorsuch said, "we must decide whether an employer can fire someone simply for being homosexual or transgender. The answer is clear." He found such discrimination is barred by the language in the 1964 law that bans discrimination in employment based on race, religion, national origin or sex.


The decision is a huge victory for the LGBTQ community and a major loss for the Trump administration, which had sided with employers in three cases before the court.


Two involved employees who sued after contending they had been fired because they were gay. One of them, Gerald Bostock, won awards for his work as a child welfare coordinator for Clayton County, Ga, but said he was fired after he joined a gay recreational softball league. As he told NPR in October, "Within months, I was fired for being gay. I lost my livelihood. I lost my medical insurance, and I was recovering from prostate cancer at the time. It was devastating." The second case involved Donald Zarda, a now-deceased skydiving instructor who was gay.


The third case was brought by Aimee Stephens, who had worked for six years as a male funeral director in Livonia, Mich., but was fired two weeks after she told her boss that she was transgender and would be coming to work as a woman. She died earlier this year, but her case lived on.


Gorsuch couched his opinion in terms of the text of the 1964 statute and its ban on discrimination because of sex.

The Gorsuch opinion drew two dissents, one from the court's other Trump appointee, Brett Kavanaugh, so that Trump's two appointee were in a verbal version of what Yale Law Professor William Eskridge called "trench warfare."


Justice Samuel Alito, joined by Justice Clarence Thomas, wrote the lead dissent. It accused the majority of sailing under a "textualist flag," essentially pretending to remain true to the words of the statute but instead updating it "to better reflect the current values of society."


John Bursch, who represented the funeral home in the transgender firing case, agreed. "They followed the culture, not the law," he said.


Gorsuch acknowledged that Congress in 1964 likely did not have the LGBTQ community in mind when it banned discrimination based on sex. But he said the words of the statute are clear. And he pointed to several major court rulings since the law's passage have read it expansively — for instance, to bar discrimination against women because they have children and to ban sexual harassment against both women and men.


As Gorsuch said of Title VII, "the limits of the drafters' imagination supply no reason to ignore the law's demands."


At the end of his 33-page opinion, however, Gorsuch invoked several potential caveats.


He noted, for instance, that some employers might have valid religious objections to hiring gay or trans workers. But he added that worries about how the 1964 civil rights law "will intersect with religious liberty are nothing new," pointing to the 1993 Religious Freedom Restoration Act as a "super statute" that may offer a potential lifeline to employers who object, on religious grounds, to hiring gay and trans individuals.


That said, Monday's ruling was remarkable in many respects. Nearly half the states have no legal protection for LGBTQ employees. Now, the federal law will protect employees in those states from firing and other adverse employment decisions made on the basis of their sexual orientation or gender identity.