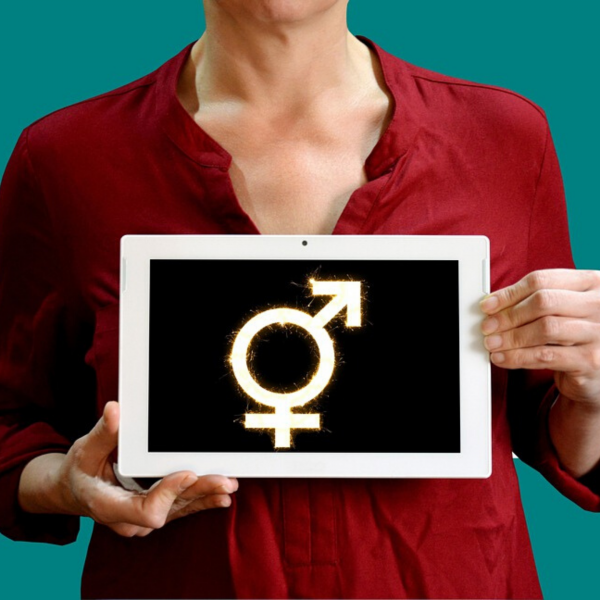 Viewing LGBTQ Through a Personal Lens

This week's discussion is a follow up to last week's LGBTQ Employees are Protected by Supreme Court Ruling discussion. The information below has been provided by a member of the Church of the Redeemer community.

Myth of the Gender Binary

As a non-binary transgender person, the two biggest things I want people to realize is that gender and sex are two separate things, and there really is no either/or “binary” when it comes to gender. It is a false notion that there is, or should be, a clear, obvious distinction between only either male or female that will match what a person feels and knows themselves to be (gender identity,) their anatomy, chromosomes, and hormonal patterns (biological sex,) and how they present themselves in daily life (gender expression.)


The idea of gender essentialism, that there are universal, innate, unchangeable features of gender that determine the difference between “male” or “female” is a particularly Western concept, first suggested in some Greek philosophy writing. The strict adherence to one of two rigid gender roles was heavily reinforced through the spread of Roman Catholicism, citing Genesis 1:27 as proof of a divinely-ordained gender binary, beyond only sexual reproductive purposes. What we’ve ended up with today is an incorrect popular understanding that conflates a person’s biological sex assignment with their required gender expression. However, hundreds of different cultures around the globe and throughout history have recognized a number of various genders beyond “male” and “female."


For examples, some Native American cultures recognize a “two-spirit” gender as possessing both male and female essences simultaneously, such as nadleehi and dilbaa in Navajo culture, winkte in the Lakota, fa'afafine from Samoa, and hijra from the Indian subcontinent. There are many more included in the first link below.

A Map of Gender-Diverse Cultures

Article touching on the difficulties of even determining biological sex