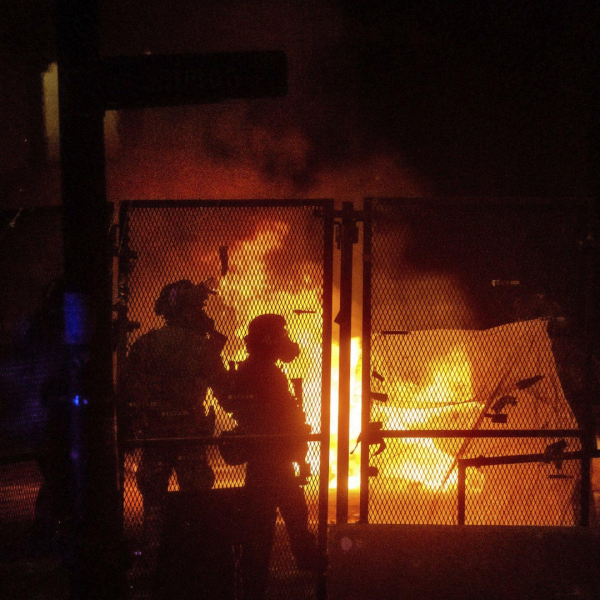 Click Here for a Copy of this Week’s Discussion


Matthew 14:13-21
Jesus withdrew in a boat to a deserted place by himself. But when the crowds heard it, they followed him on foot from the towns. When he went ashore, he saw a great crowd; and he had compassion for them and cured their sick. When it was evening, the disciples came to him and said, “This is a deserted place, and the hour is now late; send the crowds away so that they may go into the villages and buy food for themselves.” Jesus said to them, “They need not go away; you give them something to eat.” They replied, “We have nothing here but five loaves and two fish.” And he said, “Bring them here to me.” Then he ordered the crowds to sit down on the grass. Taking the five loaves and the two fish, he looked up to heaven, and blessed and broke the loaves, and gave them to the disciples, and the disciples gave them to the crowds. And all ate and were filled; and they took up what was left over of the broken pieces, twelve baskets full. And those who ate were about five thousand men, besides women and children.


Commentary from Maggie Gough
The article provided was powerfully written to describe the realities of the people on both sides. We rarely get such balanced representation of the story in our modern media. I was struck by my empathy for both sides (I suspected I would read it and be angry at the Federal Marshals). As I read it I also noticed my desire for the protesters to find a new way to make their voices heard and disrupt the narrative that they are there for destruction so as to keep the focus on George Floyd.


Then I went to scripture. Jesus feeds the people when it looks like there isn’t enough to eat. I have always read this as a straightforward miracle. Reading this passage along with my empathy and desire the article left me with, I began to notice more fully the request of Jesus to believe in more.

On Portland's streets: Anger, fear, and a fence that divides

PORTLAND, Ore. (AP) — The party at the Salmon Street Springs fountain, a riverfront landmark in the heart of Portland, was just getting started.

Dozens of drummers beat out entrancing rhythms and a crowd of hundreds danced joyfully as the setting sun cast a soft pink glow on distant Mount Hood. Poster boards bearing the names of dozens of Black men and women killed by police stirred in a gentle breeze as the energy built to fever pitch and more and more people poured into the square.

Suddenly, 10-year-old Xavier Minor jumped into the center of the circle and started dancing with abandon. The emcee took note.


A few minutes later, as night fell, the music stopped — and the march to the federal courthouse began.

Under orders to protect the courthouse — federal property that has been increasingly targeted as the city’s protests against racial injustice march on — the agents were accustomed to the drill. But tonight, the crowd was huge, estimated at 4,000 people at its peak and the largest they had seen.


A top commander with the U.S. Marshals Service peered out a window facing the Willamette River and watched the sea of humanity sweep toward him. It was going to be another long night.


The courthouse, a stately building with large windows and a white marble interior, looked like a feudal castle under siege. The outside was boarded up with thick plywood; narrow slits at the top of the plywood, accessed by a mechanized scaffolding, gave the agents inside a view of the crowd and an opening through which to fire pepper balls.


The terrace outside the front door was littered with garbage, the steps leading to the courthouse splattered with paint. A mixture of anti-police and Black Lives Matter graffiti covered the building’s outer walls and columns to a height of about 10 feet (3 meters).


Tear gas from the previous nights’ protests still hung in the air and coated the floor with a slime that had been hurriedly mopped up by custodians earlier that day. A few sickly looking potted plants still decorated the lobby, a reminder of a time before the courthouse was a battlefield.

In the no-mans-land outside stood the fence: A thick, black iron installation, erected six days before, a dividing line between protester and protector, a stark separation between two radically different world views.


o the protesters, the men inside the battened down courthouse are at best thoughtless political minions, at worst murderous henchmen. To the agents inside, the demonstrators that pack the downtown each night are violent anarchists, an angry sea of humanity bent on hurting — or even killing — federal agents doing their job.


“It’s scary. You open those doors out, when the crowd is shaking the fence, and ... on the other side of that fence are people that want to kill you because of the job we chose to do and what we represent,” said a Deputy U.S. Marshal who has been protecting the courthouse for weeks. He requested anonymity because protesters have identified him and posted his personal information online.


Read the full article here: On Portland's streets: Anger, fear, and a fence that divides